‘Ever since 2004 he has had a multitude of hit tracks such as ‘Garlic Breath Tosser’ ‘Pain’ and ‘The Devil Within’. The first release was called ‘AUDIO DAMAGE – GARLIC BREATH TOSSER’. The first release had phenomenal success and in 2005 the follow up was soon to come. These releases were received well by the public and were played at many major events throughout the world including; X-Qlusive Holland vs. Italy (NL), Defqon1 (NL), Q-Base (DE) and many more. It was in such demand legendary DJ Isaac asked to license one of the tracks for his CD ‘Under the Needle’. With only a couple releases down Audio Damage had already fittingly established his name within the Hardstyle community both aboard and in his home town. The Audio Damage act has toured all over Australia including major cities like; Darwin, Brisbane, Melbourne and so many other places. Audio Damage has also had an opportunity to perform overseas in countries such as Spain and Germany. This year Audio Damage will take Australian Hardstyle to a new level, with the introduction of ‘Aussie Hardstyle Records’. This record label will feature some of the best that Australian Hardstyle has to offer. There are also many other projects in the making which should make for an exciting year. 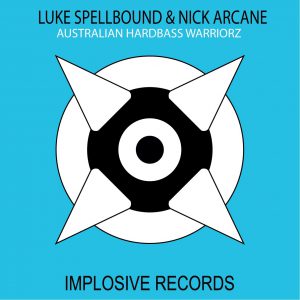